Sligo and Donegal provide some of the best surfing locations to be found anywhere not alone in Ireland but in the entire world. In recent years, Sligo has become a must visit location for traveling surfer not only during the summer months but during the winter as well to make the most of some of the enormous Atlantic storm waves that can be found along the coastline. 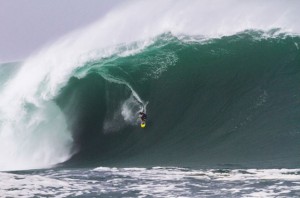 Mullaghmore has hit the headlines in recent years as videos of local surfers braving the elements to surf the monster waves found at Mullaghmore head have gone viral. The area is now synonymous with winter surfing due to the quality of the big waves found there during some of the numerous Atlantic storms. The location had remained a well guarded secret, known only to local surfers until a local film maker recorded surfers taking on waves in excess of 30 feet during one such Atlantic storm. 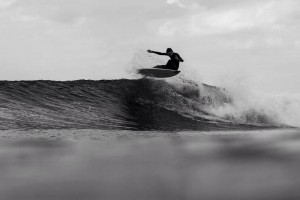 Strandhill offers all year round surfing and also the perfect environment for both the experienced surfer and beginner alike. It’s renowned as one of the best surfing locations in Ireland and for years, has consistently produced some of the country’s best surfers. The coastline is north west facing and picks up any type of swell from south west to north, making it one of the most consistent locations throughout the country. The area also boasts numerous surf schools and equipment is also available to rent locally. 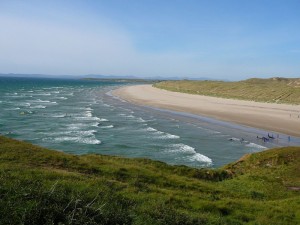 Bundoran offers a superb location and is situated only a short drive from 8 Gables. Surfers travel from all over Ireland and the world to surf the breaks. Bundoran can be surfed all year round and hosted the European Surfing Championships for the third time in 2011 when hopefuls from fourteen countries descended on Bundoran to battle it out for the crown of European Surfing Champion with the title eventually going to Portugal. 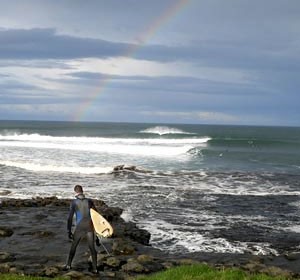 Easkey is another popular surfing location along Sligo’s Atlantic coastline and is also internationally recognised as one of the top surfing locations in Ireland. The surf breaks at Easkey are Reef Breaks as the waves break over stones rather than sand. Easkey has two reef breaks – one to the left, just by the river mouth and another to the right, east of the castle. This makes the waves much more attractive to surfers because they are hollower and faster than beach breaks. However, the breaks in Easkey are only suitable for experienced surfers, although surfing lessons are available at local beaches for the less experienced.